Steve Hall started his musical training learning clarinet in his younger years then bass, drums as a teenager. In college, he studied technical theater and electronics. Soon had a desire to become an audio engineer. He got his start in the studio business at Glendale's legendary Whitney Recording Studios where he worked on sessions for the likes of Barry White, Hanna Barbera, Disney, Rod Stewart, War, the Carpenters, and Phil Spector to name a few. Steve’s early mastering projects were Barry White's "Can't Get Enogh of Your Love", Nick Gilder’s "Hot Child In The City", Blondie’s "Heart of Glass", Pat Benatar’s "In the Heat of the Night", The Knack’s "Get The Knack". MCA bought the studios in '76 and Steve specialized in mastering where his client base grew rapidly.

In 1982 Steve envisioned a new mastering facility that focused on servicing his growing clientele better. That dream was realized with Future Disc, which grew rapidly from a one room suite to a multi-room complex. Steve has always believed in the advancement of technology in the industry being one of the first to embrace CD mastering in 1982. At Future Disc, Steve has amassed a huge discography of hit records including Madonna’s "True Blue", Bobby Brown’s "Don't Be Cruel", the soundtrack for City of Angels, Green Day’s "Nimrod", Jane’s Addiction’s "Nothing’s Shocking", and Toy Matinee’s "Toy Matinee", The Traveling Wiburys “Volumes 1 & 3”, American Idol, Last of The Breed “Live In Concert”, and Alice In Chain’s “Dirt” to name a few.

Future Disc was one of the first mastering facilities to embrace surround sound technology. Well-respected for his work in the surround field, Steve has mastered some of the most prestigious surround projects, including The Band’s "The Last Waltz", Earth Wind & Fire’s "Gratitude", the Grateful Dead’s "American Beauty"/"Workingman’s Dead", Jackson Browne's "Runnin’ On Empty", Foreigner IV, and The Beach Boys’ "Pet Sounds", Earth Wind & Fire And Chicago Live At The Greek, Don Grusin’s superstar session The Hang, and the Surround Music Award-winning tribute to George Harrison, “The Concert for George”.

After spending a quarter of a century in Hollywood as one of the countries most prominent mastering facilities, Steve decided it was time for a change of scenery. In 2006 Future Disc moved the studio to the BuzznHum Ranch just outside the quaint town of McMinnville in the heart of Oregon's rapidly growing wine country. 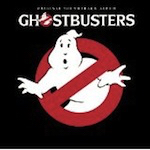